Lionel Messi is a famous Argentine footballer, and he is also the captain of the team. He is one of the best players of today’s time. He plays for the national team of Argentina and FC Barcelona. He recently set a new record by winning the Golden Shoe 5 times, making him the first player to win the most European Golden Shoes. Along with this, he also won the title of FIFA World Player of the Year 4 times. He made and broke many records in his career. Interesting things about his life are displayed here. 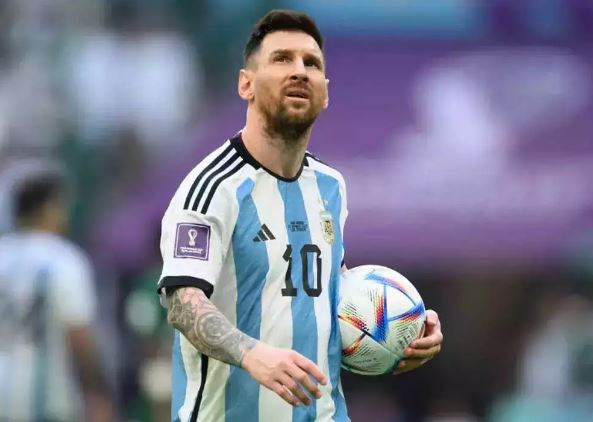 Some information about Lionel Messi is as follows –

Lionel Messi was born in a working class family in Rosario, Argentina. His father, Jorge Messi, was a factory worker, and his mother, Celia, worked part-time as a cleaner. He has a girlfriend, Antonella Roccuzzo, with whom he had a relationship for many years. They also had two children, one of whom is Thiago, born on November 2, 2012, and the other, Mateo, born on September 11, 2015. Messi married his girlfriend Antonella Roccuzzo last year i.e. in 2017 after having a relationship for many years. Both their children were born before their marriage.

Despite being a great football player, his lifestyle is private and modest. He always tries to keep a link to Rosario which is his hometown. Messi serves as an ambassador for UNICEF and also runs his own charitable foundation, which supports children by motivating them towards education and sports. Because of their own expensive medical treatment, they help pay for similar treatment in Argentine hospitals.

Messi has been targeted several times by other football clubs with bigger budgets to play for them. But he has always been loyal to Barcelona FC. He is one of the highest paid footballers in the world. It is estimated that his basic salary in the year 2018 is 16 million Euros. And his net wealth is 110 million Euros. This suggests that Messi is the second highest paid soccer player and third highest paid athlete in the world after legendary footballer Cristiano Ronaldo and basketball player LeBron James. Considered to be the best football player of all time, he has become the commercial face of soccer with endorsements from companies such as Adidas, Pepsi, EA Sports and Turkish Airways.

Lionel started playing at a very young age, and his talent became apparent in the game. At that time his coach used to be his father, he only inspired Messi to play football. However, at the age of 11, Messi had to face Growth Hormone Deficiency (GHD) disease. At that time, his condition was such that he was not growing well, for which he needed to undergo expensive medical treatment. Along with this, he also had to consume human growth hormone drugs.

Despite being a very talented player, he was not given any assistance by his local club to pay for his treatment. Messi was given a trial with Barcelona, ​​and coach Charles Rexach was very impressed with him. He offered Messi a contract written on a paper napkin, which included payment for Messi’s treatment in Spain. He then moved to Barcelona with his father and became part of the prestigious FC Barcelona youth academy.

Messi’s career kick started in the year 2000, when he played for the junior system rank. Within a short period, he became the only player to have played in 5 different teams. Messi progressed through the ranks, and made his debut in the 2004–05 season, when he became the youngest player to score a league goal. In 2006, Messi became part of the team that won the double, which won both La Liga, the Spanish League and the Champions League. The next season, in 2006–07, at the age of only 20, he became the first choice of the people to become a striker and an essential part of the Barcelona team. He scored 14 goals in 26 league games. In 2009–10, Messi scored 47 goals in all competitions, equaling Ronaldo’s record for Barcelona. As the season progressed, Messi set his own records and started breaking them.

In calendar year 2012, he broke the all-time world record for most goals scored in a calendar year. His total goals in 2012 was 91, surpassing the record of 85 goals scored by Gerd Müller of Germany and 75 goals scored by Pelé. At the end of 2012, Messi was given a lucrative offer to play for Russia under an undisclosed name. For which he was to be paid a salary of 20 million euros in a year, which makes Messi the most expensive player in the world. But he declined the offer, as he was unsure that there would be difficulties in moving to Russia if he played for a major European championship. So instead he signed a contract to play with Barcelona until the end of 2018. When asked about going to the English Premier League, he revealed that he has a sense of commitment to Barcelona. As of early 2013, Messi has scored 292 goals in 359 appearances in club football and 31 goals in 76 appearances in international football.

When Messi went to Spain for treatment, he got the nationality there. In 2004, he was given the opportunity to play for Spain’s under-20 side, but Messi decided to play for Argentina as it is his native land. He led Argentina to victory in the 2005 FIFA Youth Championship. In August 2005, Messi made his full international debut playing against Hungary. Earlier in a game, he was sent off for trampling a player. This decision was controversial, because this decision was not taken keeping in mind Messi’s playing style. There is usually a sense of fair and fair play in their manner of play, and they have rarely been accused of over-driving before.

In 2006, he participated in the World Cup, at that time he was the youngest player of Argentina to play for the World Cup. He won the gold medal for Argentina in football in the 2008 Olympic Games held in Beijing. Initially, Barcelona did not allow him to play, but new coach Pep Guardiola included him. In the 2010 World Cup, Messi was given the number 10 T-shirt, wearing which he played well to help Argentina reach the quarter-finals. But even after Messi’s struggle, Argentina lost disappointingly (4-0) to Germany in the quarter-finals. Messi said that he is eager to play in the final of the World Cup. Success for Messi in the World Cup will be the ultimate test of his greatness.

He then appeared in matches against Paris Saint-Germain and Atlético Madrid in 2013–14. Due to suffering from hamstring problem at that time, he left those matches in the middle. Due to his continuous injuries one after the other, his career was in danger, but he did not give up. He made a good start in the 2014-15 season. By the end of the year, he broke many records. His return in 2015 proved to be excellent, in which a total of 122 goals were scored by his team, out of which Messi alone scored 58 goals. This success continued till 2016. In the 2015-16 season, he scored a total of 41 goals and assisted in 23 matches. In this way, he also achieved many successes in his international career.

It was said by many critics that apart from the World Cup, Messi has performed best in all other competitions. In the 2006 and 2010 World Cups, Argentina was eliminated in the quarter-finals. Messi could not give his best performance in both these World Cups. Then in the 2014 World Cup in Brazil, Messi got another opportunity to reach a higher level. Here he scored 4 goals to take Argentina to the final, but Argentina lost 1-0 to Germany in the final. Messi was honored with the ‘Golden Ball’ as the player of the tournament. However, this decision was not fully supported, and Messi was also not happy with his performance in this tournament. In June 2016, he announced his retirement from international matches after Argentina were knocked out of the Copa America final after missing a penalty.

Lionel Messi recently scored his 600th career goal with a spectacular first-half free-kick. Of these, 539 goals were scored for Barcelona, ​​and 61 for Argentina. As a powerful player of Argentina, he participated in a total of 747 games in his 14-year career. This best performance of Messi has earned him the title of being one of the best footballers. By any standards, Messi’s goal scoring record is not ordinary. Here is the information about some of his goal scoring records –

According to his playing style, he has scored goals in the following way –

His performance garnered appreciation from all over the world, and he got many honors and achievements. Some of these are as follows –

Messi’s look has impressed his audience a lot, he is actually very stylish, many people follow his style. Her look is being shown here.

Lionel Messi is a simple person in real life, his likes are as follows –

He was found involved in some controversies in his life, which are as follows –

In this way, he was also surrounded by some problems during his career.

FIFA World Cup is going to start from 14 June 2018. The regret of not being able to win the World Cup of the last few years is still haunting Messi. This is Messi’s last World Cup. That’s why people have high expectations from him, but Messi has told his countrymen to live in reality, other teams playing in the World Cup are also better. When asked whether Argentina will win this year’s World Cup, he replied that I have full faith in my team, but we cannot say that we are the best, some teams are better than us. So it has to be seen which team will win this year’s Football World Cup.